As the (Thai) Chinese traditional, making merit and doing salutation during the Chinese New Year is kind of a treat. I went to a Thai-Chinese temple today. When I arrived to the temple entrance, I then saw temporary pillars set in the middle area of the temple yard. I promptly knew that there was going to have the Lion Dance. “What a miss!!” – I didn’t take my camera bag with me at that time. 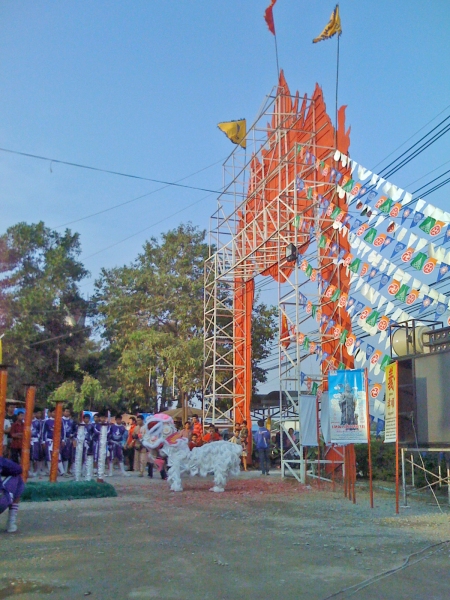 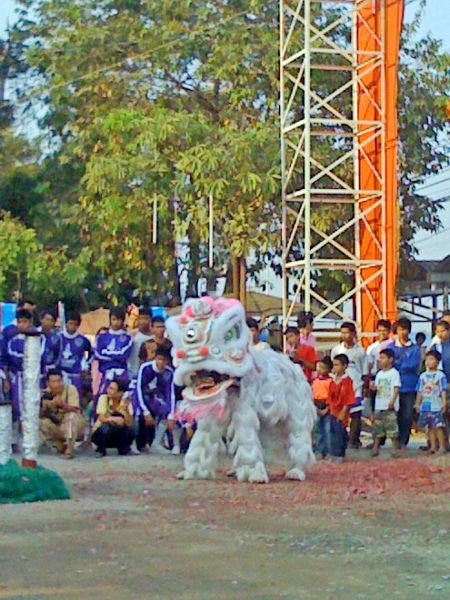 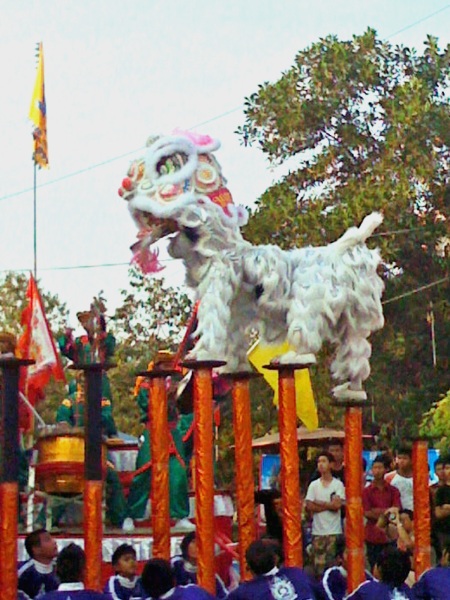 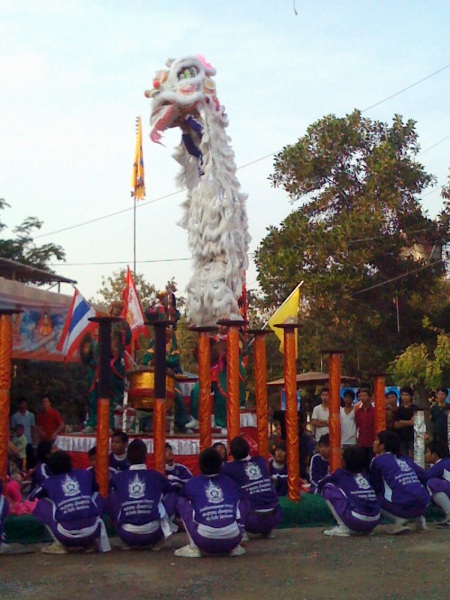 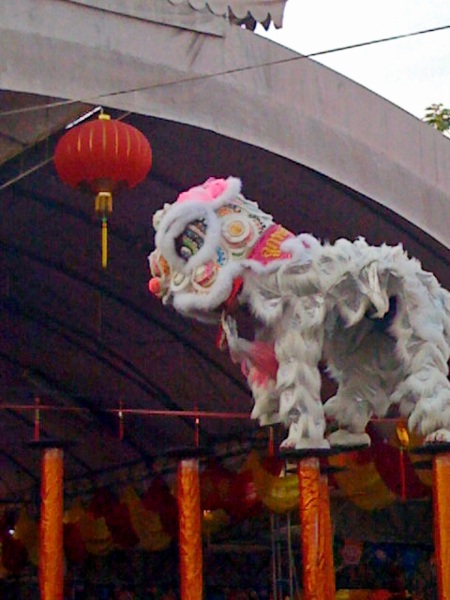 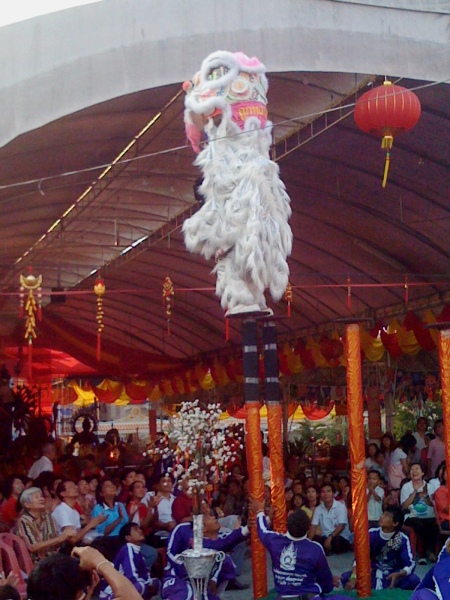 **All photos taken by iPhone

I was told that we were very lucky to see a bird named “Scarlet Finch”  on the second day we stayed at Doi Lang.  The bird is one of the most difficult seeing birds in Thailand. As a result, there was around a hundred of birdwatchers headed up to the Doi Lang rigth after the news of seeing the Scarlet Finch spreaded out in the next day. I heard that some people were willing to drive themselve a round trip more than 4 hours just to watching the bird only 15-30 minutes. Wow!! such a big star “Scarlet Finch” 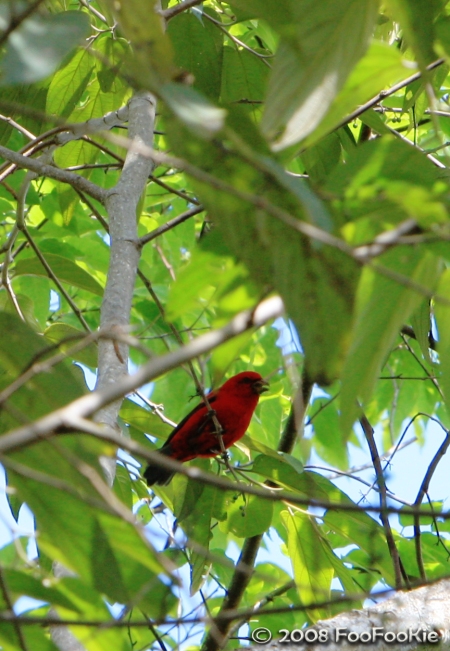 Someone in our group said that seeing a Scarlet Finch is “Lucky”. Two of them seen is “Wonderful”. But we saw three of them at the same time on that day. So, that person named the day “Bloody day at Doi Lang”. 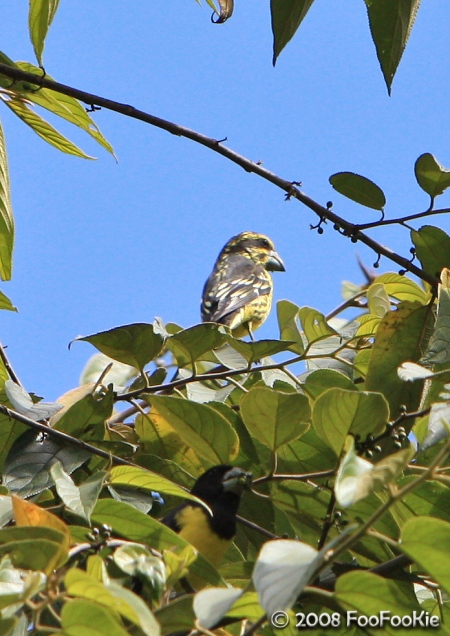 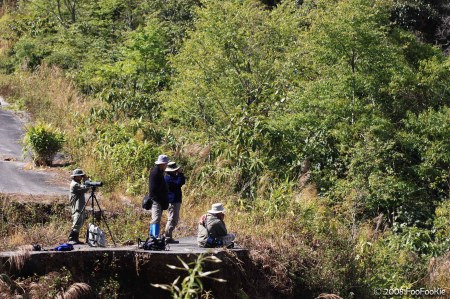 As I said before that Doi Lang is one of the best destinations for birding in Thailand, there are numerous birds and plants for naturalists to study.

I am not a birdwatcher and I have never watched and done any birding trips. A recent new year trip at Doi Lang was my first bird watching  in my life!!  I would say that I rarely touched a pair of binoculars. Although it was a bird watching trip for people who I went with, but for me it was a bird photography trip better! 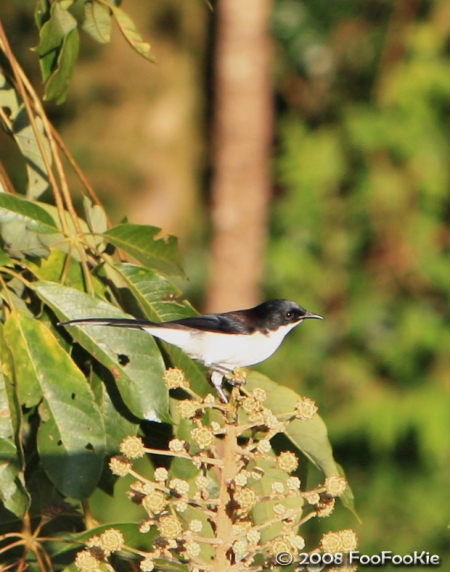 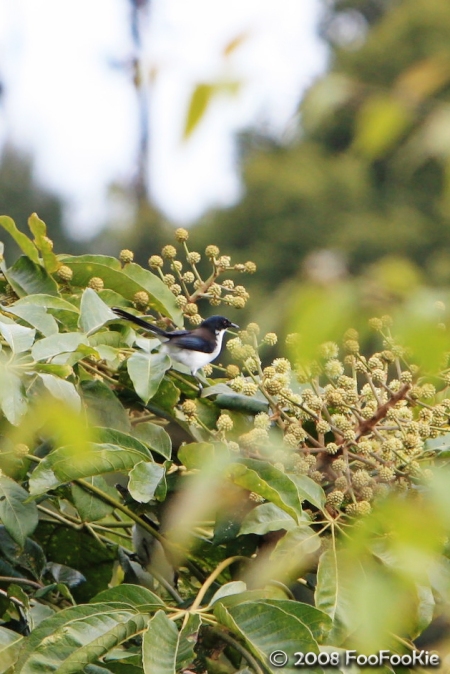 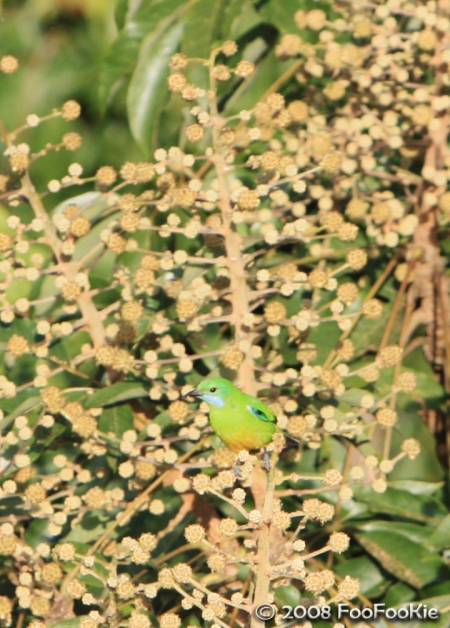 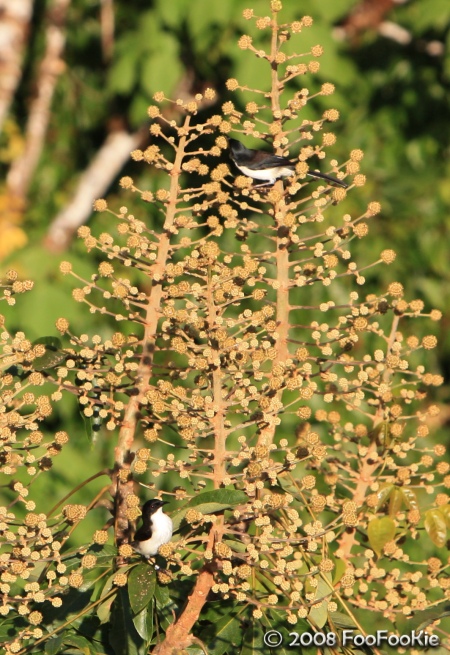 Remember?…I am not a birdwatcher. Then, sorry that I can’t specify name of birds in the photos. Any suggestions or guides on this are always welcome. 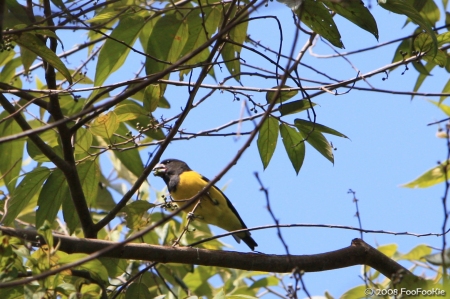 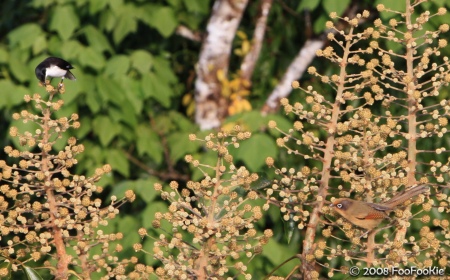 During the New Year 2009 holidays, I did a one week road trip to the northern provinces of Thailand – Chiang Mai and Chiang Rai. The destinations where we went to were unclear to me at first hearing. I was just a fellow traveler and was merely informed that we were going to join a trip with a group of few people who currently work and engage in the observation and study of birds. The group of these people are also principal memberships of the Thai Raptor Group, a community of birdwatchers who are specially interested in the observation and study of Raptors (Birds of prey) in Thailand.

The first destination of the trip was at Doi Lang. “Where is it????”, I promptly questioned when I heard its name at first. “Well, no matter where it is. Let’s go..and get a hunting!!” So, the trip was like those birdwatchers enjoyed their birds hunting by binoculars while I was pleased a photograph hunting by my own camera. Win-Win situation, sort of  🙂 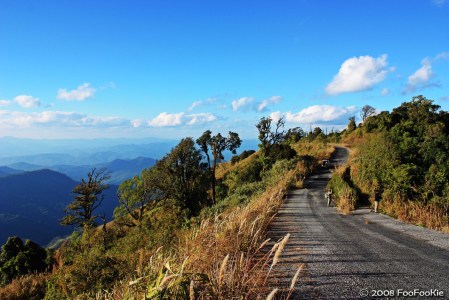 “Doi Lang” is situated at Mae Ai district in Chiang Mai. Doi Lang is actually part of Doi Pahompok but easier referred to as Doi Lang to differentiate the two. The mountain is in borderline areas between Thailand and Burma. The area is considered a strategic military post for monitoring drug trafficking. 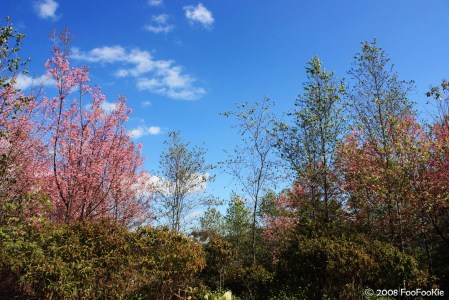 At the top of the mountain, there is a Border Police Base called Than Pahompok. In the past, the area used to be a restricted zone for citizens as a safety reason. However, after many years of security and rest preservation operation of the military and border police, the mountain has become an open and safety area for people particularly one of the best bird watching locations in Thailand nowadays. 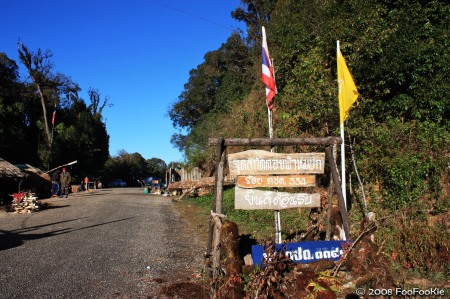 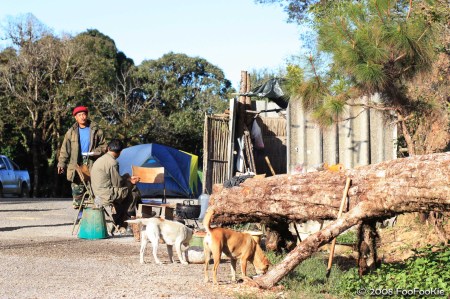 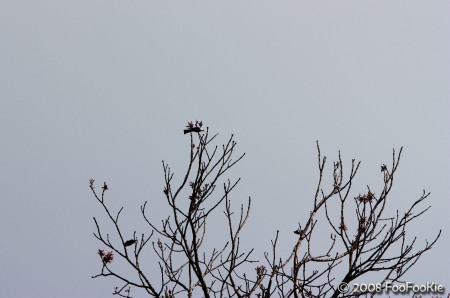 Look up at the top 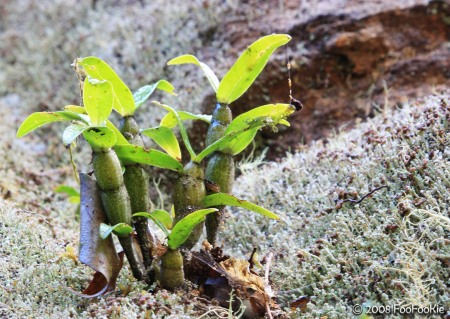 Look down at the floor 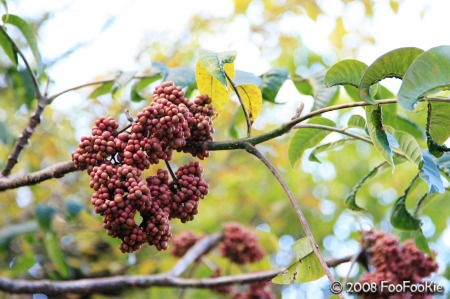 Look at a tree 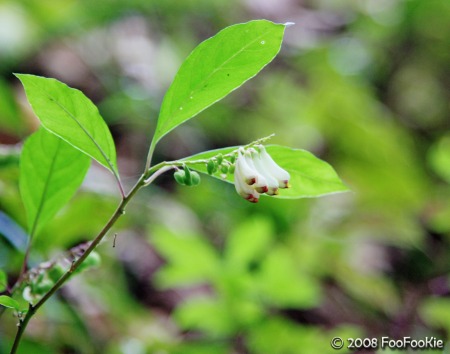 Look through the eyepiece 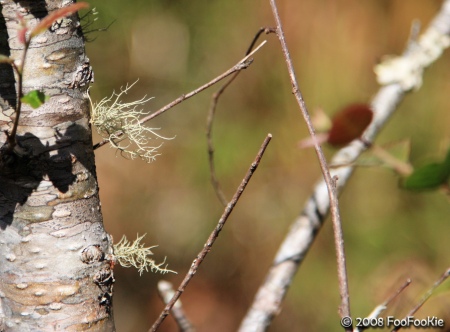 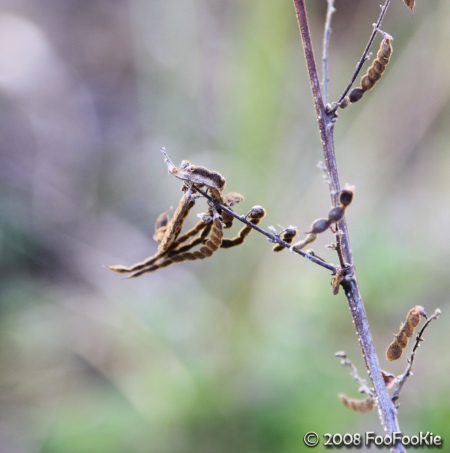 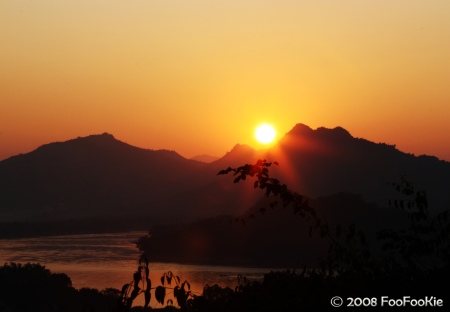 Going up to the Phu Si Hill around 4 or 5pm and staying there till the sunset time is kind of a treat. I did not miss the chance but what I did fail is that I could not get a chance to climb up in the morning. I believed that it would be one of my favorite photos in the Day and Night Photograph Collection thence…deplorable 😦 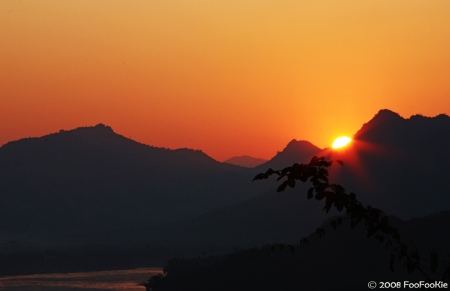 Till the last moment

Make It Worth…by foofookie
Create a free website or blog at WordPress.com.