It was the first early morning that my friends and I agreed to get up very early because we wanted to see a beautiful sunrise scene. We decided to go to Pre Rup Temple instead of Angkor Wat to avoid crowd on sunrise photographs. We were not lucky as it was cloudy morning. There was slightly sunshine shone down upon the three reddish sandstone towers at the top of the temple. 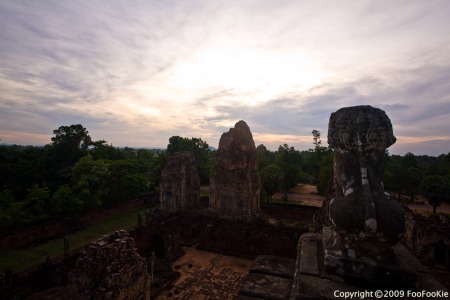 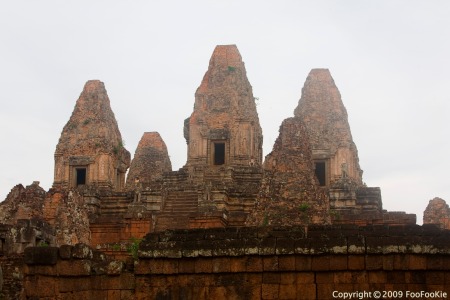 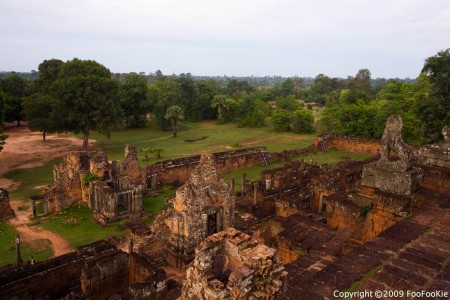 We spent about an hours at the temple and then moved on to another site. However, we drove pass the Pre Rup Temple again on the return. At the moment we looked at the Pre Rup Temple while our car was moving, a group of yellow tone appeared in our eyes. There was a group of Cambodian monks were getting their group photo in front of the Pre Rup site. We knowed that it was going to be beautiful color in photos, yellow color together with the reddish and brownish stone. Without a reluctance, the car was pulled over and we quickly got off it. The rest was the moment of compensating sunny shine that we missed in the early morning there and yes, we were satisfied! 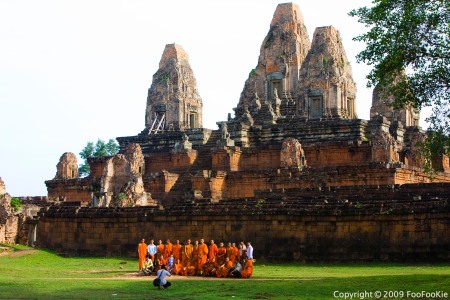 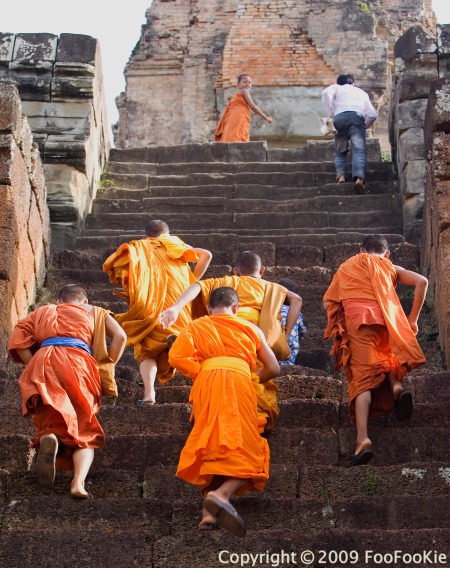 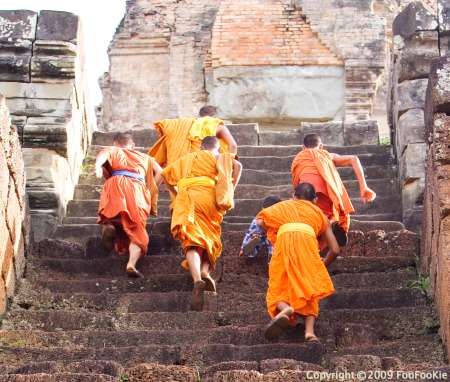